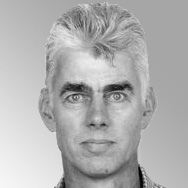 Internationally experienced specialist who initially was a farmer. He successfully changed his career path to consultancy. At the moment mostly acting in the China- The Netherlands context, building bridges in a sector with high potential growth.

As a result, turn-key project for pig farms have been realized involving both Chinese as Dutch partners. Projects like knowledge transfer, relocation of production from and to Europe, increasing applied business knowledge by the farmers, change in business models and incorporation of technological developments have been executed for multinationals as well as individual farmers.

Intercultural empathy to construct a trust relation with the Chinese has shown to be the basis of various partnerships.

Invited by Chinese entrepreneurs to help them construct their business, projects are managed locally.

From the beginning, the big picture was clear. A network of local companies had to be formed in order to guarantee continuity in the model. This was done by applying a clear risk strategy. Before a partner could enter the network, quality issues had to be solved. Critical parts of the projects were of course intensively tested.

As a result, there is a solid base for growth and the leadership has been transferred to local management.

The roll-out has been proven to be a best-practice for international long distance partnerships.


Role Harry Neulen: Consultant for multinational as well as SME

Various projects have been executed taking into consideration developments in the society/consumers' environment as well as on the suppliers' side. (nutrition, additives as well as capital expenditures).

Being very close to the agricultural sector the subtle balances between the return on investments and the change in behaviors have been taken into consideration.

In a fast moving environment as in China, adaptability to market is a key-success factor.

The multinational realized, that the current model (Business-to-Dealers) was not sustainable for the longer term.

As the necessity to transform the model was recognized in an early stage, the situation could be managed.

Harry was part of the team that executed change management in China, which resulted in a profitable new model.

Owner of a farm.

This experience has been shared in a lot of comparable situations, where farmers also had to decide on crossroads.
Copyright © 2008 - 2022 Corridors BV
- Privacy statement -